Price inflation in 2022 has not spared the business travel sector and tourism in general.

This is why we decided to analyze the evolution of B2B hotel prices in the main French cities visited for business travel.

This analysis is intended to provide companies of all sizes and in all sectors with a reference base for adjusting their travel policies and adapting their budgets to current market conditions.

This study was conducted on the basis of consumption data from 300+ companies and over 10,000 travelers, with the aim of providing an objective reference base for all companies.

Key messages in the 2022 hotel price index in France

The most affected cities are Nice, Paris, Lyon and Marseille

Inflation on average prices per night

Overall, since mid-March, every week, room rates have been higher than in 2019. Since April 4, prices are up 14.3 percent. On holiday weekends, prices soar, but customers still respond after two years without being able to travel. This phenomenon is confirmed globally with an occupancy rate close to 92% in 2022 according to Le Figaro.

In 2022, the impact of inflation on the tourism sector and more specifically on the hotel industry has been variable so far. Some cities have been "spared", such as Toulouse, Aix en Provence and Saint Étienne, with inflation on the price of hotel nights below 12%.

On the other hand, some cities have not escaped the brutal inflation that has been taking place in France for several months now. Among the most impacted are the cities of Paris, Nice, and Lyon with inflation rates ranging from 31% to 51%!

The average inflation rate in 2022 for hotel prices in France is 24%.

Average price index per night by city in 2022

Due to inflation in France in 2022, the average hotel price per night has been revised upwards. This average price per night is close to 150 euros for Paris, which is unprecedented in the history of the hotel industry in France.

Monthly evolution of average prices per night in 2022

To further analyze this, we have observed the evolution of the average price per night for each month of 2022 (from January to October). The results are striking: inflation increases exponentially over the year.

A striking example is Paris, which saw its average hotel price per night rise from 116 euros in January to 178 euros in October.

Download the B2B Hotel Price Index in France 2022 to readjust your travel policy and adapt your budget to current market conditions. 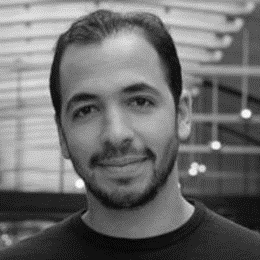 How To Organize a Business Trip Efficiently

Preparing your business trip to Toulouse

Preparing your business trip to Munich

Preparing your business trip to Madrid

We use technology to take care of business travellers all the way through their journey, while managers can rest easy as travel management runs on autopilot.